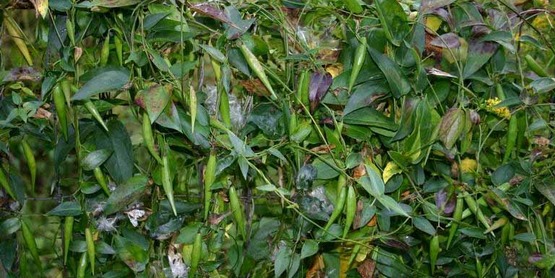 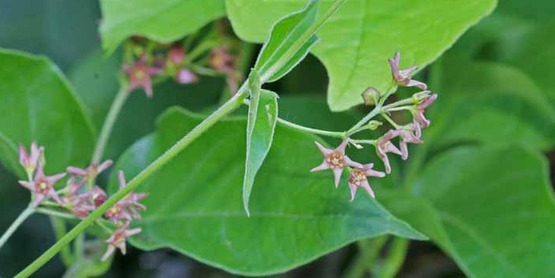 Three species of swallow-wort are currently found in North America, two of which are considered invasive: black swallow-wort (Cynanchum louiseae) and pale swallow-wort (Cynanchum rossicum). It is a member of the plant family Asclepiadaceae, like milkweed. It is native to Europe but started spreading in the United States when it began escaping from Massachusetts botanical gardens in 1864.

Swallow-worts are vines, and form dense mats. Their leaves generally grow in large, shiny, dark green, opposite pairs, though the color and shape vary slightly based on location. Their seeds are enclosed in slender pods similar to those of milkweed, which are green while developing and turn brown and split open to disperse seeds when mature. Also similar to milkweed, the seeds are borne by white fluff and carried by the wind. The flowers are small and star shaped with five petals- very dark purple on black swallow-wort and pink to reddish brown on pale swallow-wort. Black swallow-wort also spreads from rhizomes located at the base of the stem that can sprout and grow into new vines, so that several stems can be traced to the same base.;

As with most invasive plants, the swallow-worts are ecologically threatening because they can easily dominate areas and do not allow native plants to grow. Swallow-worts are extremely competitive, and grow and spread quickly. This causes a loss in biodiversity which can also harm animals who depend on the native plants for food or habitat. Pale swallow-wort's increase in given areas has been shown to coincide with a decrease in the population of native birds. Black swallow-wort's similarity to milkweed causes monarch butterflies to lay their eggs on the plant, but the larvae die.

Small sites can be managed manually, but only if removal is extremely thorough. Plants should be dug up so that the root crown and rhizomes can be removed, before the seeds mature. When the pods have opened and seeds have begun to disperse, it is best to stay out of the area to prevent spreading the seeds further. The pods can mature even after the plant has been dug up, so they should be either burned or carefully bagged and sent to a landfill.

can reduce the spread of swallow-wort but must be done every year in order to be successful. Though it will not prevent the plants from sprouting from rhizomes, it can prevent seed dispersal if the area is mowed when the plant has immature seed pods.

can be an effective way to control the swallow-worts. Garlon® 4 (triclopyr ester) and Roundup Pro® (glyphosate) are both systemic herbicides than can be sprayed on the vines after they have begun flowering. It is important that this not be done too early in the season, because if the leaves are too small they will not be able to absorb enough of the herbicide to kill the roots. Foliar sprays generally do not kill the plants in the lower layers of a patch, so it may be necessary to repeat application. Glyphosate is also useful in cut-stem applications.

Areas that have been cleared of swallow-wort should be planted with rapid-growing native species to avoid introduction of other invasive plants.

For more information, check out the Black and Pale Swallow-worts page from SLEO PRISM. 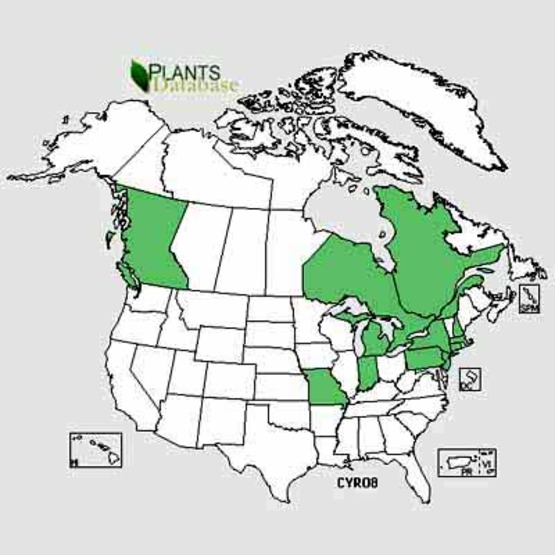 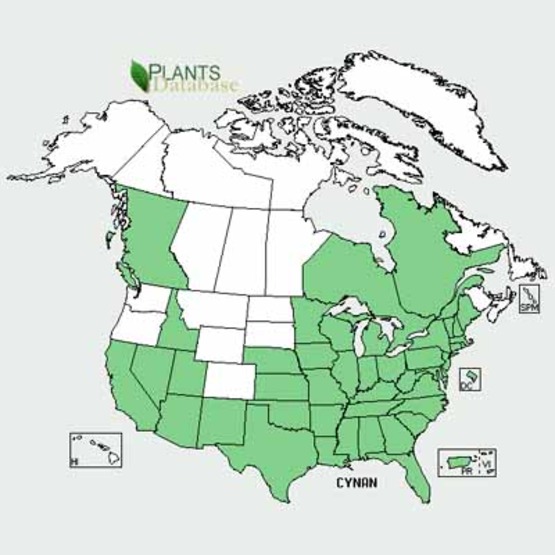 Areas that have been cleared of swallow-wort should be planted with rapid-growing native species to avoid introduction of other invasive plants.

iMapInvasives is an online tool for invasive species reporting and data management. 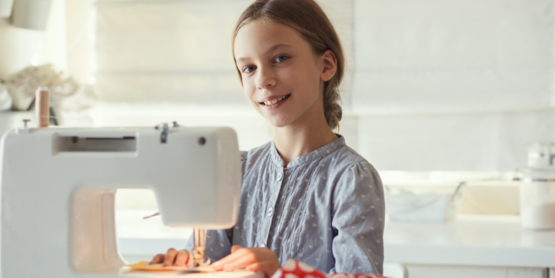